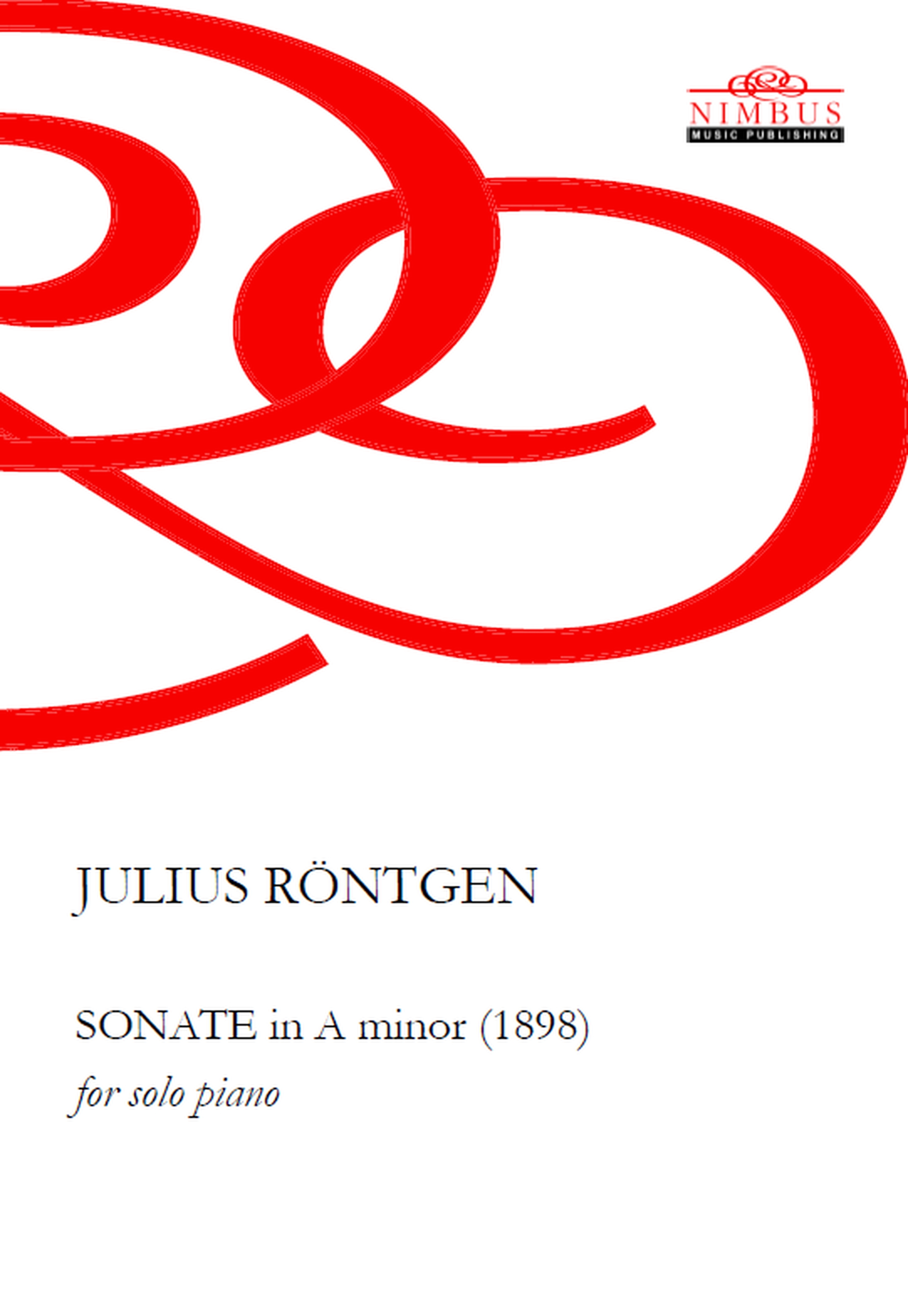 The Sonata in A minor was never published and exists only in a copyist’s hand. As a companion to his recording project Mark Anderson has created a modern edition of the Sonata, which is available from Nimbus Publishing. The first movement, Allegro molto e passionate, seems to be in a rather unconventional style for Röntgen. The composer emphasizes texture over melodic and harmonic inventiveness, and creates a real tour-de-force in the first movement. The work opens in the tonic key of A Minor with a brooding and undulating motif that Röntgen repeats before dealing a sudden dynamic explosion. The second movement is comprised of a set of variations based on what the composer terms an “Old Dutch” theme (Alt Hollandisch). After reaching a thunderous climax in Variation V, the movement gradually dissipates through expansively rolled chords to a tranquil close. The third movement, a short Tempo di Menuetto in the key of G Minor, is based on a seven-bar folk theme. The Finale embodies a churning flow and energy similar that that found in the final movement of Chopin’s Sonata No.3 in B Minor, Op.58. A long, lyrical second theme enters followed by a return of the first. An imitative section enters that builds into a massive restatement of the main theme. Eventually, Röntgen combines the two themes in a triumphant coda before the work comes to a dark and dramatic end with a broad statement of the main theme of first movement. 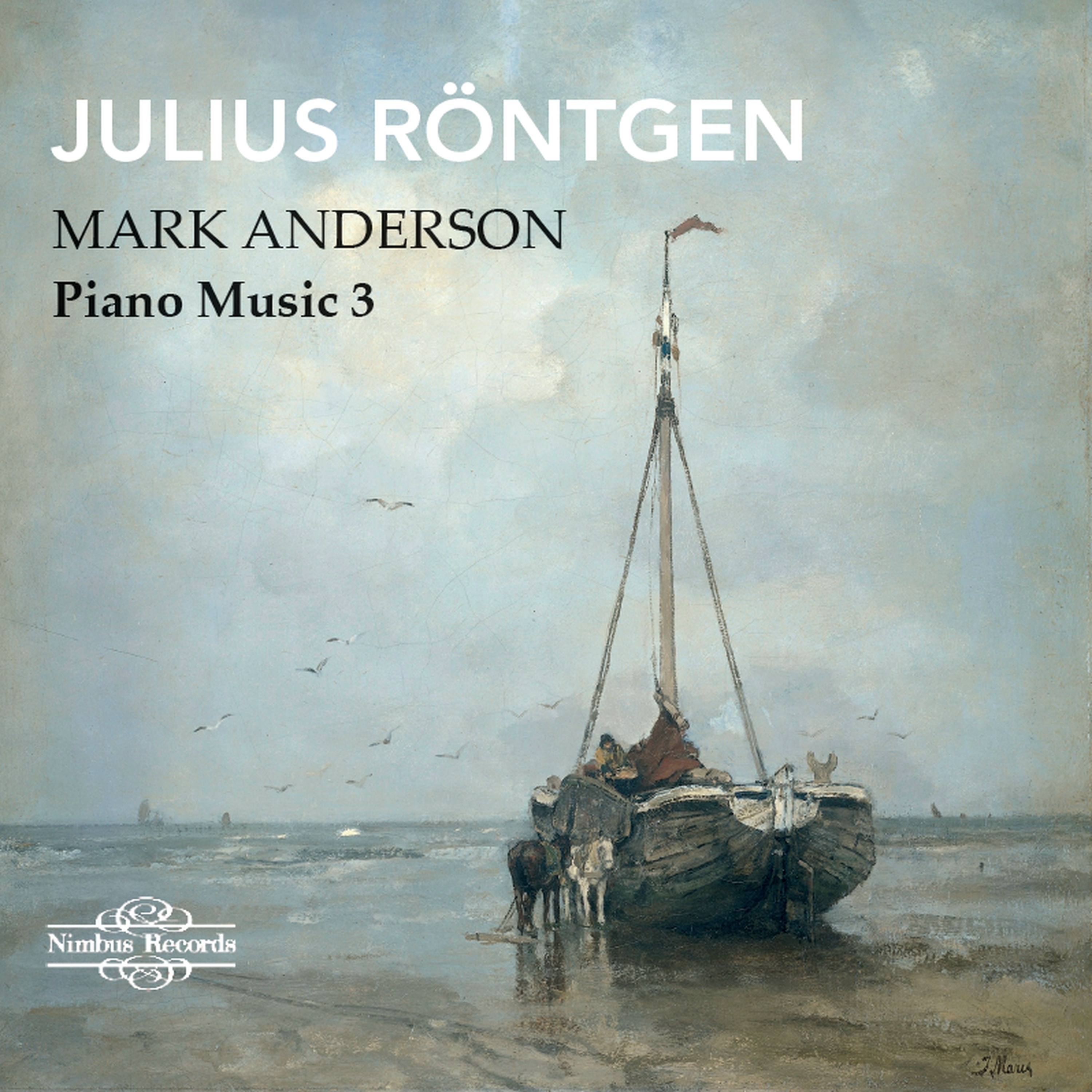 Like the first volume in this series Mark Anderson and Nimbus prefer a cross-generational approach to Röntgen’s piano music, combining a work written in his teens with one written 45 years later, and adding an unpublished Sonata in A minor for good measure.

Starting with the 1872 Sonata in A allows one to hear the impression made on the young composer by the music of Schumann. The youthfully strenuous and serious-minded elements of the music – the opening movement principally - are contrasted with an attractively songful element elsewhere, such as in the piquant Scherzo. Building up a Chorale via pizzicato effects in the Adagio, Röntgen proves he can do development with a certain confident brio and though the finale’s too long-winded for its own good, the Sonata shows a high degree of accomplishment from a 17-year-old.

In the middle of the War he turned to a Sonatine in E, one of six he was to compose in 1916: his facility and fecundity knew few impediments. This is fresh-limbed writing, affectionate and unpretentious, but the most characterful moments come in the finale where Röntgen draws on native Dutch dance motifs.

Whether deft or grand, this is another example of Rontgen’s almost remorseless self-confidence, not least in the fugato-sounding lines or the beautiful lyricism embedded in the music. After a brisk Minuet the finale seems to coalesce the twin influences of Chopin and Brahms. An uneven work it may be, but it is surely too packed full of interesting moments to have been overlooked for so long. It helps to have so idiomatic a performer as Anderson on hand.

Thus, the third volume manages to explore early and mid-period Röntgen, adding a work that must be all-but-unknown except to Anderson and scholars of the composer. Jonathan Woolf, Musicweb-international

"The more I hear of Julius Röntgen’s music, the more I like it... Mark Anderson is a pianist new to me but his playing here is a revelation, both in its own regard and as a vehicle for Röntgen’s music. His tone and touch are wonderfully varies and he seems equally at home in the earlier works, with their dependence on Classical and early Romantic models, as he is in th more overtly Romantic later works. Nimbus’ sound is exemplary. Highly recommended."   **** International Piano, May/June 2015

“Röntgen’s delightful music continues to be recorded… They are most delightfully played by Mark Anderson in the sympathetic acoustic of Wyastone Leys. I’m looking forward to this series developing but then I am very partial to Röntgen’s unassuming generosity of spirit.” Jonathan Woolf, musicweb-international.com

“Julius Röntgen is one of those composers who never wrote a masterpiece, but who made a lot of very enjoyable music across many genres. Mark Anderson’s pianism is very impressive through this album, and he does a great job “selling” Röntgen to the listener. Being an ambassador for unknown piano music can be an unrewarding task, because in territory like this, it’s harder to judge the quality of artistry on display but Anderson does such a fine job that both he and Röntgen come out of this album looking like major talents. Julius Röntgen is always entertaining and enjoyable. Not every new album you hear can change your life and as far as non-life-changing music goes this is pretty great.” Brian Reinhart, musicweb-international.com 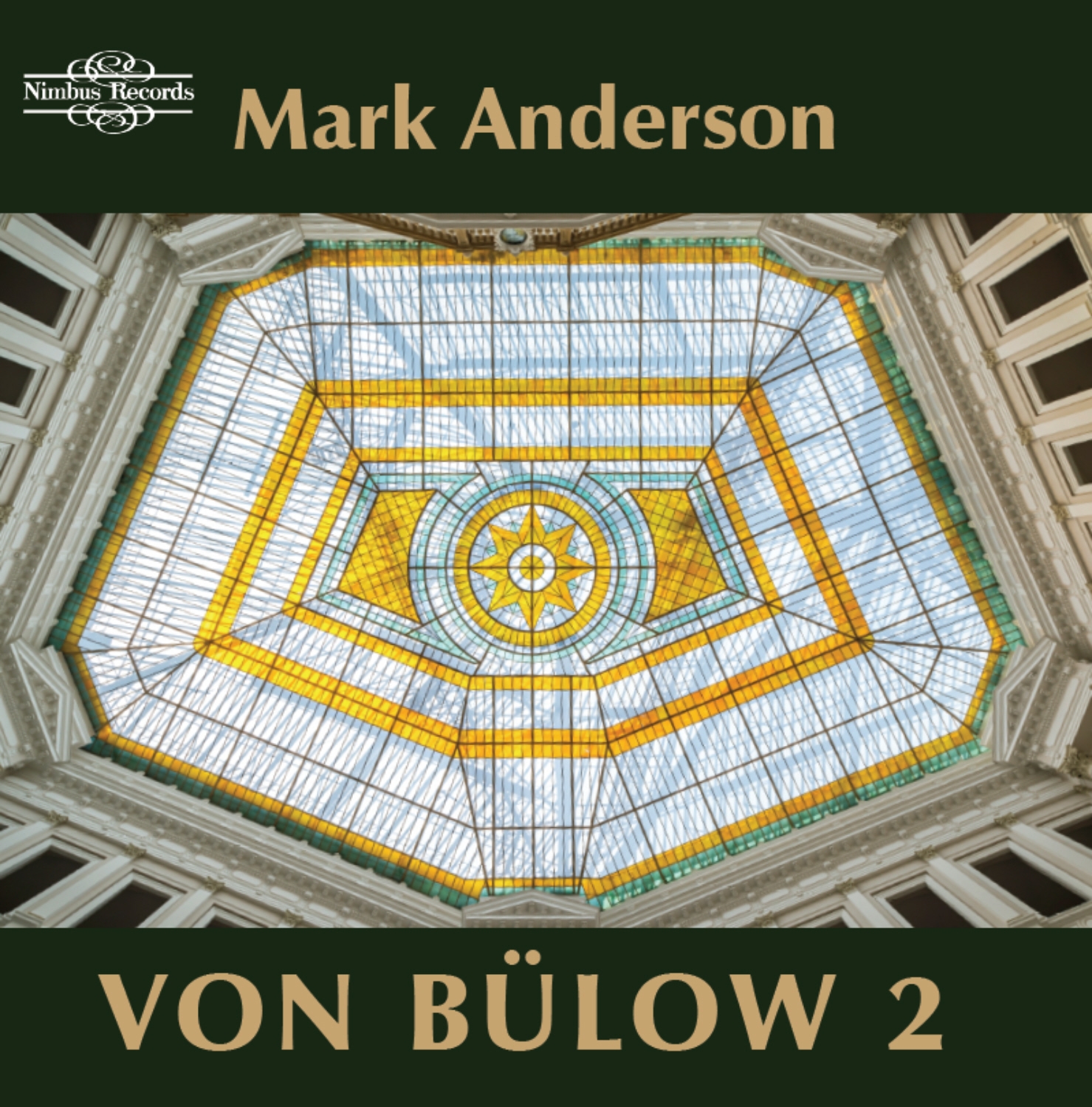 Mark Anderson is a passionate advocate of this music, and his performances are consistently stylish and perceptive. This music is an emphatic statement from a musician more famous for his conducting than his composing. If you want to embellish further your CD collection, don't miss out. A peach of an issue in first-rate sound and presentation. Gerald Fenech, Classical Net

"This is a lovely disc, and one that also plugs some important gaps in the repertoire… Great stuff, undemanding and pleasing." Colin Clarke, Musicweb-international

"The recorded sound is given a healthy, lively bloom, yet we are still given a good crispness of attack and appreciable dynamics to lend the playing a natural, unforced quality." Mark Tanner - International Record Review

"Once again Anderson delivers the goods in a rip-roaring way and he has been excellently recorded." Jonathan Woolfe, musicweb-international.com

“Well recorded at Wyastone Leys and with excellent booklet notes by Paul Conway, this is a fascinating release that explores the byways of 19th century German music through one of the most famous conductors of the time. Though there are no undiscovered gems here, many of the pieces are most attractive and brilliantly played by Mark Anderson.” theclassicalreviewer.blogspot.co.uk