The term khyal has been translated variously as thought, imagination, contemplation or fantasy. During Mohammad Shah's reign (1719 - 1748), his renowned court musician, bin player and singer Niamat Khan, composed a great number of exquisite khyals under the pen-name of Sadarang, and taught them to his disciples. Many of these compositions are still sung today. Khyal is less restrictive than the older, sober dhrupad genre; it allows the freer expression of musical ideas, without transgressing the fundamental laws governing raga music. It has often been characterised as feminine, contrary to the more robust dhrupad, and its songs are largely based on the topics of romantic love and religious devotion.
£14.99
In stock
Catalogue Number
NI5305
Add to Wish List
Email
Skip to the end of the images gallery 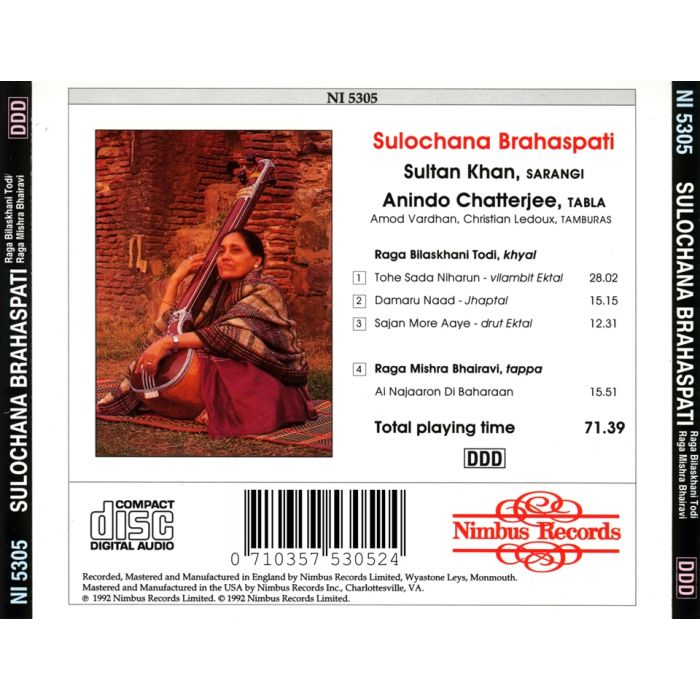