The two main vocal genres of North Indian or 'Hindustani' classical music, dhrupad and khyal, represent its highest, most fully achieved expression, and form the basis of the majority of its instrumental traditions. More recently established than dhrupad, from which it is partly derived, khyal has now been the dominant genre for over two centuries. The word 'khyal' is usually translated as 'imagination' or 'creative thought'. The exact origin of the genre remains a disputed subject, references to the term found in medieval texts being open to interpretation, but the credit for making it accepted as fully classical is given to Niamat Khan, court musician of the Moghul Emperor Mohammad Shah 'Rangeele' ('the colourful'), a great connoisseur of music and patron of the arts who reigned from 1719 to 1748
£14.99
In stock
Catalogue Number
NI5409
Add to Wish List
Email
Skip to the end of the images gallery 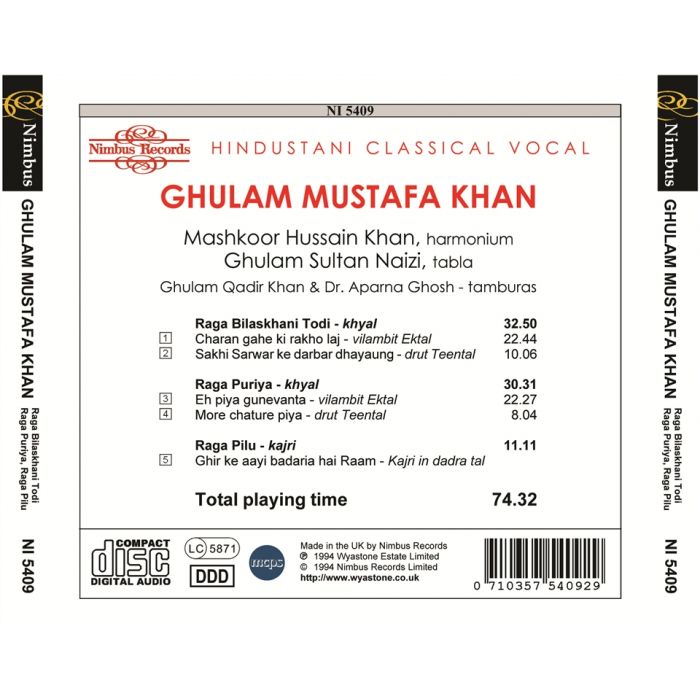