Dhrupad is one of the oldest classical music traditions still performed in India today. Most singers and instrumentalists concentrate on the more recent improvisatory khyal style, but even here the slow unfolding of the raga in the preliminary alap is still informed by dhrupad. Dhrupad was the dominant genre in the royal courts of India from around the fifteenth century until it began to be displaced by khyal in the eighteenth. Nowadays there is a growing appreciation of this sober, meditative, melodic style where so much attention is paid to intonation and the careful exposition of the raga, the core of Indian music.
£14.99
In stock
Catalogue Number
NI5489
Add to Wish List
Email
Skip to the end of the images gallery 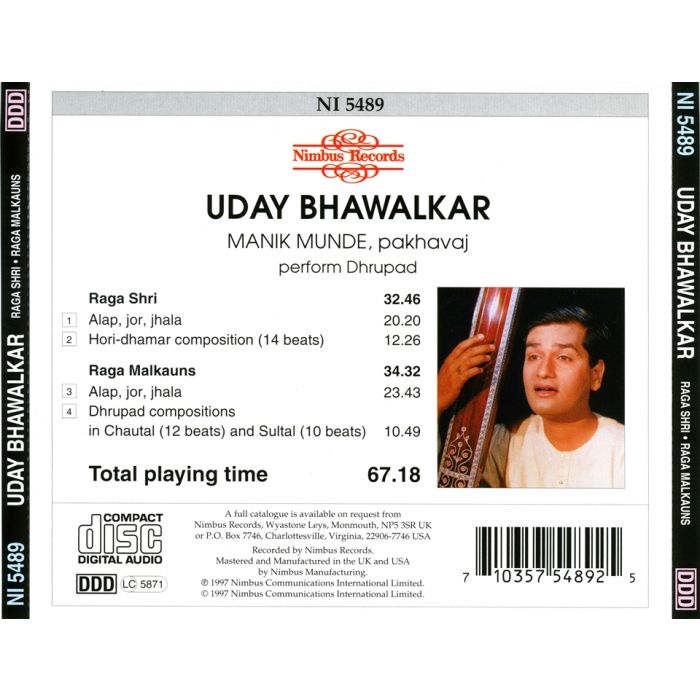