Gianni Ricchizzi first heard Indian classical music around 1970 and very soon afterwards made the journey to India to explore the culture. He returned home with his first sitar, but quickly realised that he would need to study with an expert. While at Benares Hindu University in India, he became interested in the vichitra vina. Because of its technical demands, the instrument has never had many prominent practitioners. With the death of his teacher, Zia Mohiuddin Dagar, Ricchizzi is recognised as the foremost master of this unusual instrument.
£14.99
In stock
Catalogue Number
NI5431
Add to Wish List
Email
Skip to the end of the images gallery 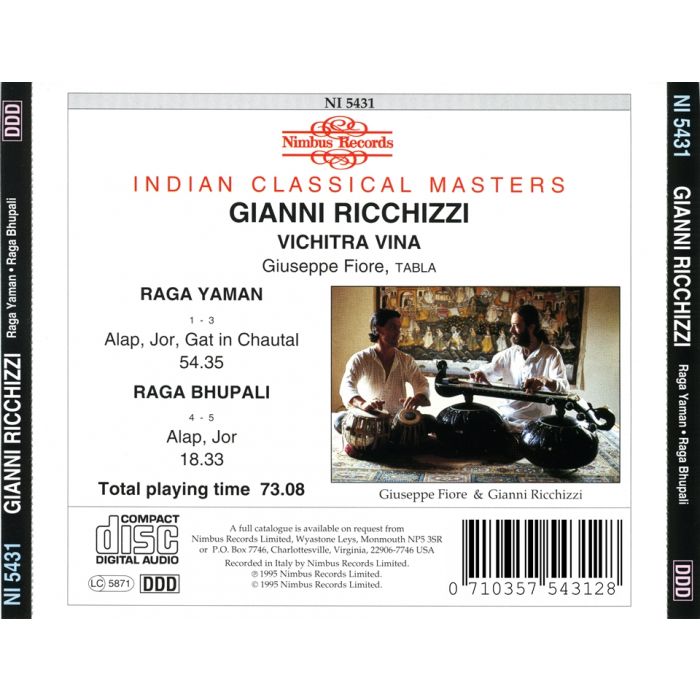