This DVD contains ten of the best short films produced by the BA Digital Film and Television (DFTV) students at the Royal Conservatoire of Scotland (formerly the Royal Scottish Academy of Music and Drama) over the past ten years. The DFTV programme is designed to allow students to learn craft skills at the highest level, whilst also developing original short form content. Since the first student cohort enrolled in 2003 the programme has developed into the foremost undergraduate film making degree course in Scotland, and one of the best in the UK. Graduates of the programme are now em­bedded in the UK film and television industry at all levels and have begun to make their mark in the British film industry. A special thanks to everyone who has support­ed the programme over the past decade. Enjoy the work and here’s to another ten successful years. Adam McIlwaine, Head of Screen

1. The Immeasurable Joy of Healthy Living

An ambitious young man employed in a health food store, inspired by the rag-to-riches story of a fruit juice manufacturer, he plans to find a hole in the market and fill it! The only thing that stands in his way is a complete absence of ideas.

After a traumatic past Joe has made himself a prisoner in his own bedroom. Despite his estranged mother’s greatest efforts, Joe has completely isolated himself from the outside world. His only friend is the mysterious little Ottik he met on the internet. When Ottik suggests the pair meet, Joe is faced with the ultimate dilemma.

Grant has discovered a love for bath bombs. Having always been a bit of a man’s man, he feels he must hide his newfound love from his wife and friends. But, keeping secrets from those around him only leads to trouble.

When Ross decides to push Peter over a cliff edge, he isn’t expecting Peter to ask him why.

Fergus takes Thomas to Glasgow and begins a misguided mission to make a man out of him. Over the course of the day they embark upon a booze fuelled trip around the bars and brothels of Glasgow, all the while tensions simmer between them, before they rise and boil over.

1. Choreomania This is the story of Hector’s journey into dance hell as the city is overwhelmed by a hysterical body-popping plague. Try to keep your feet still as Glasgow succumbs to the collective insanity that is... Choreomania.

A young hotel laundress develops a fantasy relationship with clothes from a mysterious guest.

A young Taxidermist enjoys the same routines everyday with his beloved Father. When unforeseen circumstances befall him one morning he needs to make an important decision about life.

When struggling with the decision to have his beloved dog Toby put to sleep, Dennis, a 76 year old widower begins to question which of them is actually in better health. 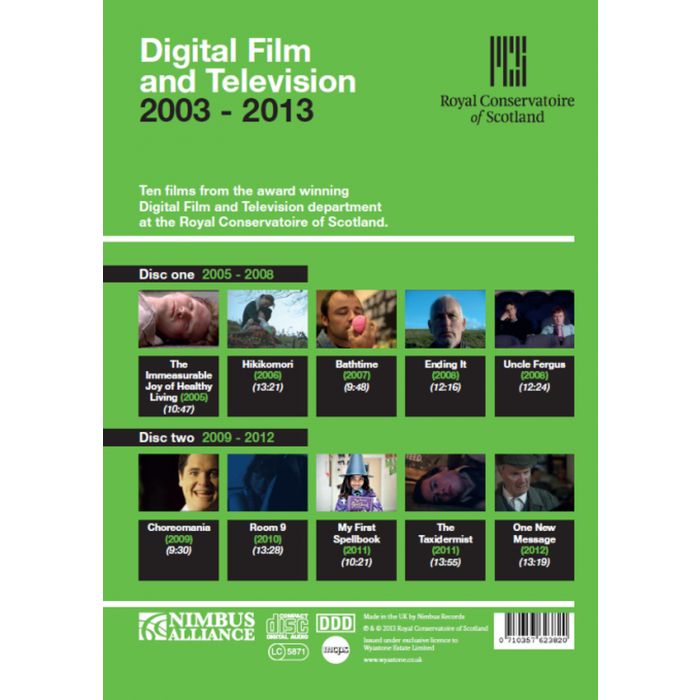