Sigrid Onegin had the very unusual voice of a contralto d'agilita, a rare and distinct sound different from the other contraltos of her time. Born in Stokholm, Onegin trained in Frankfurt and Italy before making her début in Bizet's Carmen in 1912. She also appeared in the première of Strauss's Ariadne auf Naxos in the same year. During her career, which spanned almost three decades, Onegin recorded for Polydor, Brunswick, HMV and Victor. Volume One from Prima Voce concentrates on the operatic arias and songs she recorded for Polydor between 1919 and 1921.
£7.99
In stock
Catalogue Number
NI7898
Add to Wish List
Email
Skip to the end of the images gallery 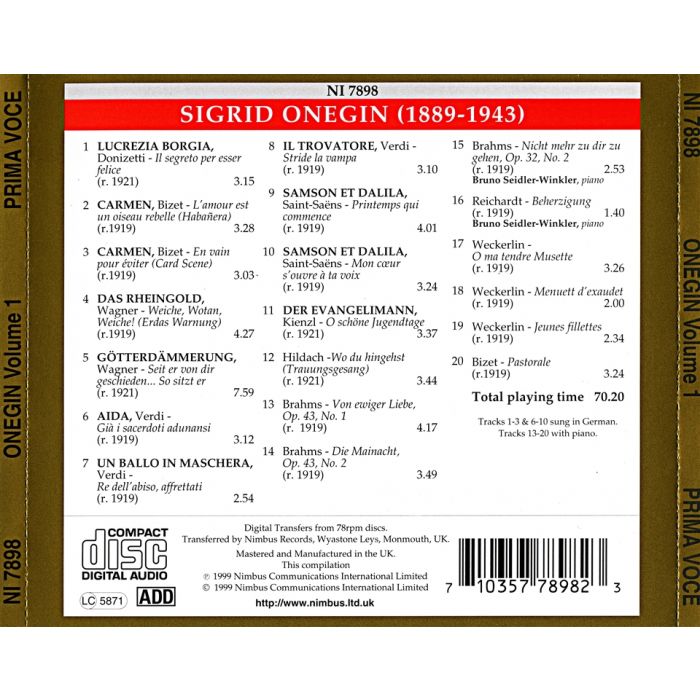