Josephson travelled to Mendelsohn. And the source of the inspiration was definitely Mendelsohn. Just as Mendelsohn belonged to an old Swedish Jewish family. Josephson did become a Christian voluntarily giving up his Jewish belief. Only one or two of his choral works have survived today in the Swedish repertoire. Unfortunately not the symphony. Only one movement from his symphony was played during the composer's life time. The symphony is a great piece of work, just listen to the second movement with it's painfully beautiful oboe solo. Otherwise the symphony is very much an ensemble work. It must be said that the orchestra is one of the oldest in Sweden. It is nowadays a combination of professionals and amateur musicians. But make no mistake, the orchestra playing under the experienced Lars Åke Andersson knows how to make the best of the music. The solo songs give another important aspect of Josephsons oevre, and the final choral piece, although a very old performance shows Josephson in his most wellknown composition.
£14.99
In stock
Catalogue Number
CDS1003
Add to Wish List
Email
Skip to the end of the images gallery 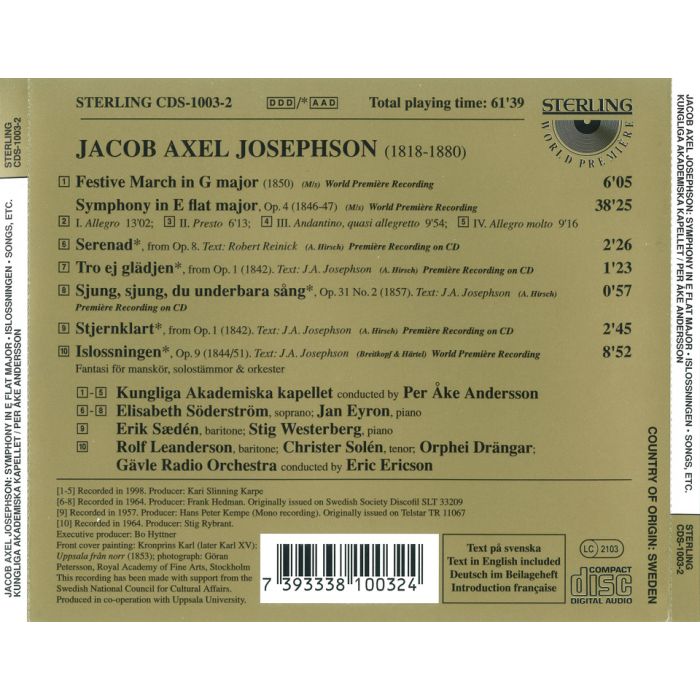