Sundanese Classical Songs are unique in Indonesia. They are part of the very rich musical repertoire of the province of West Java, inhabited by about 35 million people, comprising the second largest Indonesian ethnic group and about a third of the Javanese population. They are sung texts, from Hindo-Buddhistic times and from the beginning of Islamization. The manuscripts are from the 16th, 19th and 20th centuries.
£14.99
In stock
Catalogue Number
NI5378
Add to Wish List
Email
Skip to the end of the images gallery 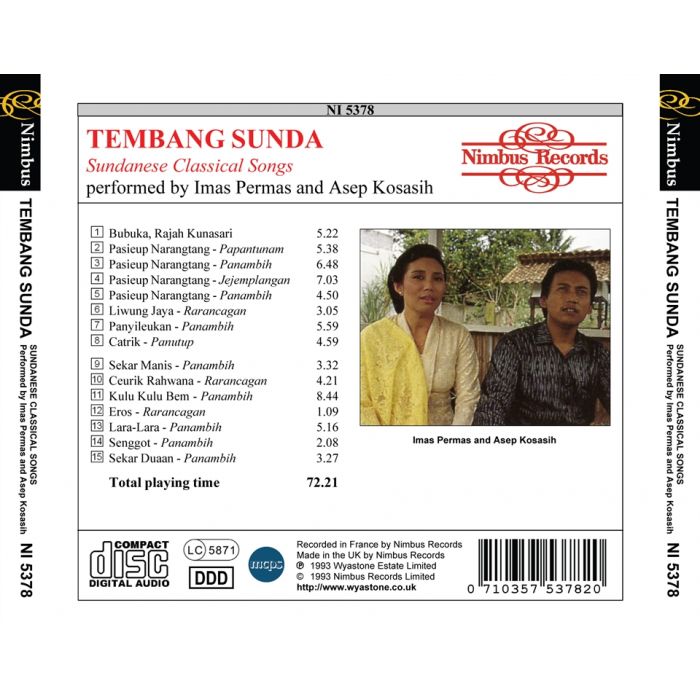