King Alfonso contrived to bring together the cream of Christian, Moslem and Jewish scholars and musicians, for which he was graced with the title el Sabio, the Wise Man. His patronage of Arab scholars helped the Christian world to rediscover the lost works of Greek antiquity, including scientific texts which had been preserved in Arabic. Today the only surviving reminders of the harmony which briefly existed in medieval Spain are provided by the Mozarabic liturgy, celebrated in a side chapel in Toledo Cathedral, and the splendid manuscripts which contain the Cantigas. The Mozarabic liturgy contains the text of the Mass which was tolerated in Arab-controlled medieval Spain, in sharp contrast with the lack of tolerance shown centuries later by Ferdinand and Isabella when they gained control. Sadly, Alfonso’s enlightened attitude was not combined with political nous and did not prevent his downfall.

£14.99
In stock
Catalogue Number
NI5081
Add to Wish List
Email
Skip to the end of the images gallery 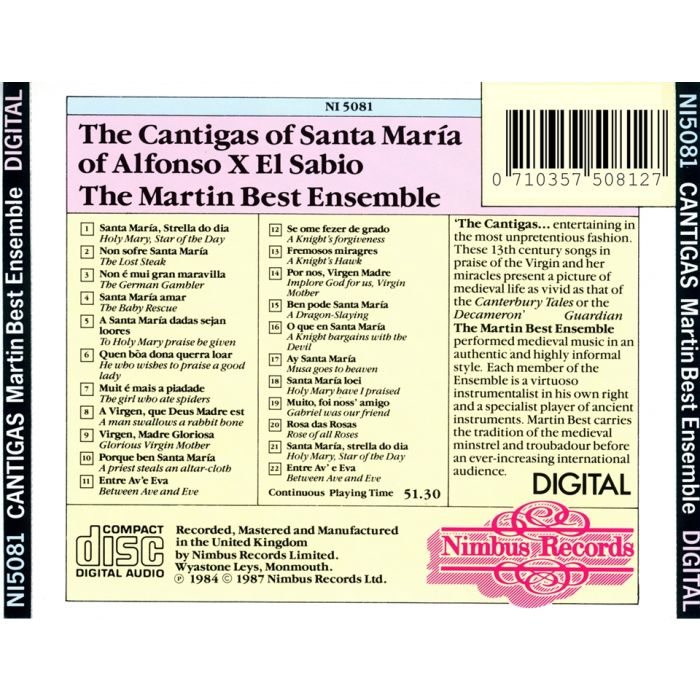