It is quite clear that Martin Best’s particular talents are especially well suited to the performance of this repertory. His approach is very much his own, the style is engaging and energetic, and his voice is of a kind that by its very nature does justice to the colourful words and relatively simple melodies of the monophonic song repertories. Martin Best provides a lively programme He sometimes speaks against the music, adds instrumental interludes, colours the music with drums and bells. And while I don’t normally approve of this kind of thing, Best does it with thought, with taste, and with a particular aim in mind - namely to produce a programme that frames music, projects poetry and makes a strong political point. The sound is extremely good. In particular the percussion sounds amazingly vivid. Imaginative texts, good translations, and sensitive commentaries on the works.

£14.99
In stock
Catalogue Number
NI5002
Add to Wish List
Email
Skip to the end of the images gallery 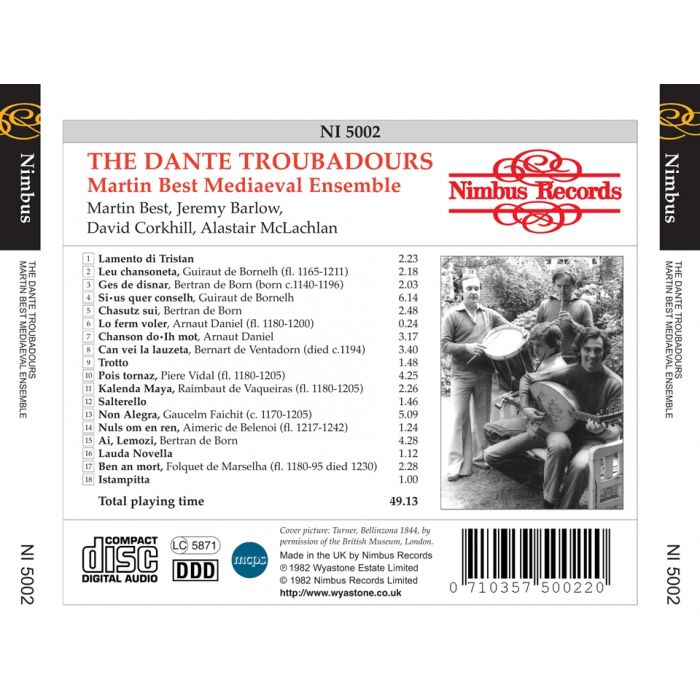