LEOŠ ČEPICKÝ graduated from the East-Bohemian Conservatoire in Pardubice in 1985 under Professor Ivan Štraus. He started his promising career in his early teens, when he won the first prize and Laureate title at the Jaroslav Kocian International Violin Competition. Since that time, he has given many recitals as well as solo concerto performances with various orchestras. In J.S.Bach´s 250th Jubilee Year in 2000, he performed in concert Bach‘s complete Sonatas and Partitas for solo violin. In 1985 the Wihan Quartet was formed at the Prague Academy of Performing Arts and in 1988 the Quartet won the first prize at the prestigious Prague Spring Competition and three years later they won the London International String Quartet Competition, whose chairman was Yehudi Menuhin. After this success, the door to the whole world, from the USA to New Zealand, was wide open to the Wihan.
£14.99
In stock
Catalogue Number
NI6265
Add to Wish List
Email
Skip to the end of the images gallery 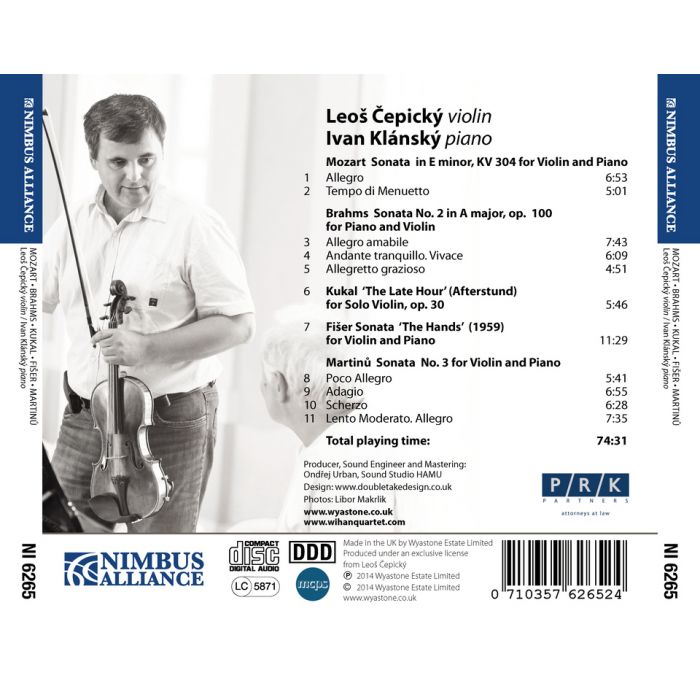