Raphael Wallfisch is one of the most celebrated cellists performing on the international stage. And has recorded nearly every major work for his instrument. His extensive discography explores both the mainstream concerto repertoire and countless lesser-known works by Dohnanyi, Respighi, Barber, Hindemith and Martinu, as well as Richard Strauss, Dvorak, Kabalevsky and Khachaturian.

£14.99
In stock
Catalogue Number
NI5868
Add to Wish List
Email
Skip to the end of the images gallery 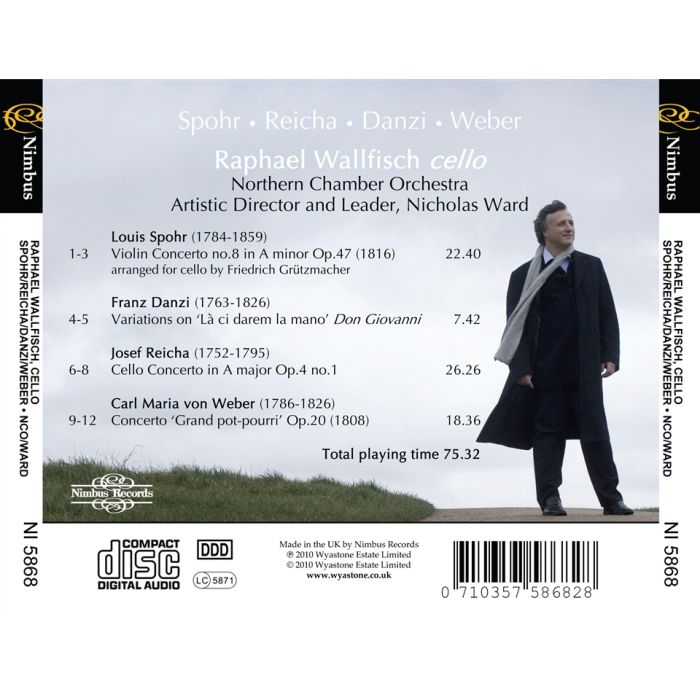