A Catholic convert from Judaism, Wellesz composed a significant amount of sacred music, including five masses, two of which – the first and the last – feature on this disc. Wellesz’s operas of the 1920s contain a significant amount of virtuoso choral writing, and this quality carries over into his church music, although on the whole they are written in a simpler, more traditionally tonal idiom.
£14.99
In stock
Catalogue Number
NI5852
Add to Wish List
Email
Skip to the end of the images gallery 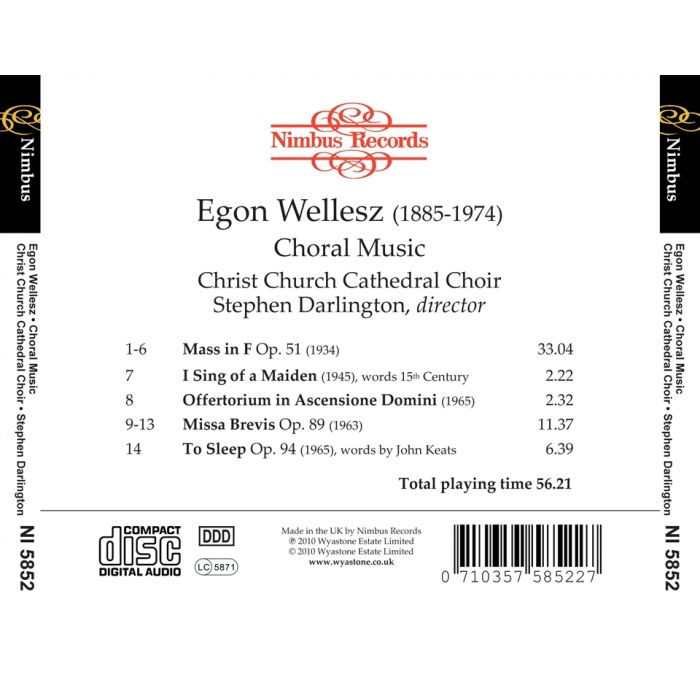