There is a strong case for arguing that the real Oscar Wilde is to be found in the slim volume entitled The Happy Prince and Other Tales which in 1888 was Wilde's first work to be professionally published. These five tales are in the form of children's stories, probably written for his own two sons, though the elder was only three years old at that time. It is significant, however, that he was later to declare, 'I had about as much intention of pleasing the British child as I had of pleasing the British public.' In other words, he wrote these stories to please himself, to express his genuine, innermost feelings about the human condition.
£14.99
In stock
Catalogue Number
NI1797
Add to Wish List
Email
Skip to the end of the images gallery 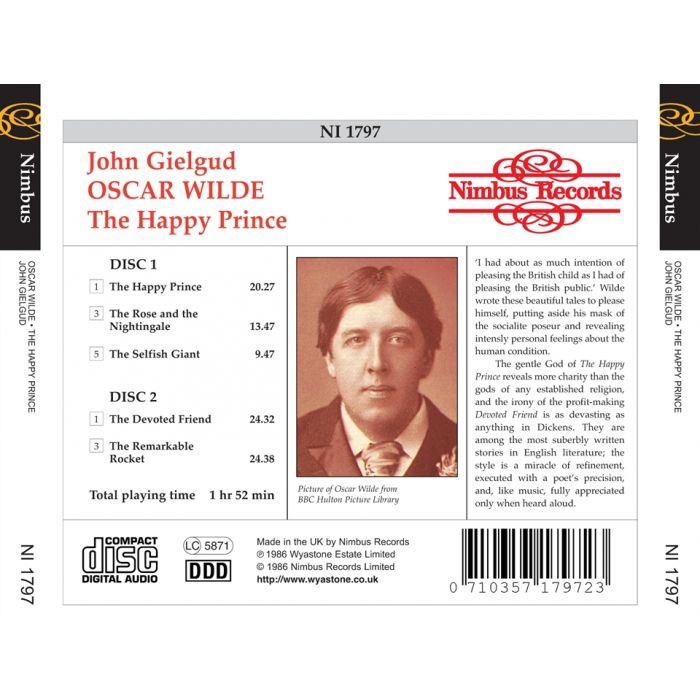